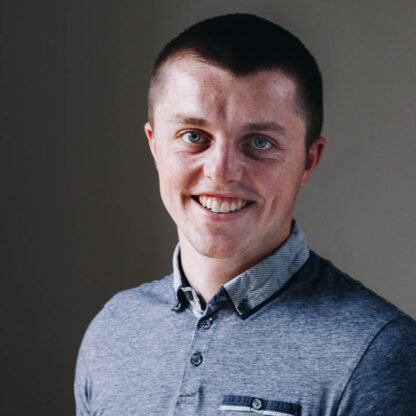 Danny works within the RLM team, with a specific focus on the Sports Ministry track. He is a passionate teacher and evangelist and seeks to be a creative practitioner in every area of work he is involved with, both within and outside of Ridley.

Anyone who knows Danny will know he is passionate about Jesus and sport. Danny’s roots are in inner city Liverpool where he grew up and was heavily involved in sport, playing in local football leagues and in athletics. When in his mid-teens, he was introduced to Christians in Sport. Here he realised that full participation and enjoyment in sport and having a faith in Jesus was not an either/or choice, but rather it was where he could worship God through playing sport whilst sharing the gospel.

Having competed nationally as a sprint hurdler in his older youth and qualified as a personal trainer, he undertook a gap year with Christians in Sport. Following that he helped develop a pioneering Fresh Expression of church called ‘Sweaty Church’ during his time in York as a sports intern.

Danny trained for ordination at Ridley (2014-17). During his training, as well as being elected as the senior student, he also served as the Cambridge United under-18s chaplain for two years.

Danny has also served as a Christians in Sport young performance athlete mentor supporting elite junior athletes. Currently in his final year of curacy at St Barnabas Cambridge, he will be planting a church from there in the summer of 2021.

Alongside sport, Danny is particularly interested in the theology of the human body and how we can use our bodies to worship God, especially in the context of sport.

His other area of interest and study is church planting, particularly on estates. He seeks to ask questions about how the Gospel can practically reach those people who are not yet involved in Christian communities, whether that be on a sports pitch or on estates.

In his spare time Danny enjoys long dog walks with his fiancée in the Cambridgeshire countryside, road cycling, playing football in a 6-a-side league and more recently taking up woodworking as a hobby.

Return to full list of Who's Who
Next: Andrew Dunlop
Send feedback on this page