Meeting Charles Taylor on the road...

Meeting Charles Taylor on the road...

Encouragements to engage in mission beyond the church fringe may often be welcomed (‘it’s surely what we ought to be doing, right?’), but simultaneously they often raise a sense of dread and foreboding (‘how on earth do we do it?’).

Behind both of these responses lurks the spectre of the ‘secular’. ‘Aren’t people moving further and further away from faith these days?’ ‘Won’t it therefore be all the more difficult to speak about it?’ I want to encourage you with my own experience as an evangelist that descriptions of pervasive ‘secularisation’ are not always what they seem, and that the work of Canadian philosopher Charles Taylor has much to teach and encourage us.

Taylor’s monumental 2007 book A Secular Age is certainly not for the fainthearted. Its 874 pages are understandably off-putting to all but the most determined. But having worked my way through it during a sabbatical a few years back, I find that the people I meet on the streets seem to mirror the outlooks that Taylor sets out to describe.

Above all, his is an explanatory exploration of the development of the ‘secular’. He starts with the question: ‘Why was it virtually impossible not to believe in God in, say, 1500 in our Western society while in 2000 many of us find this not only easy, but even inescapable?’ In answering it, the book sets aside much conventional theory about secularisation, arguing against what he describes as a ‘subtraction theory’ that says that people are secular because religion has run out of steam. Instead, Taylor tells a more subtle story. For sure, modernity encouraged a rejection of the transcendent. We in the West got used to operating in what he describes as an ‘immanent frame’, ‘a “natural” order, to be contrasted to a “supernatural” one, an “immanent’ world, over against a possible “transcendent” one.’ And we’ve been living with this operating system for some centuries now. Put bluntly, it effectively closes off the possibility of the supernatural, and substitutes it with a variety of expressions of the self, resulting in what Taylor describes as an ‘authentic individualism’, understood as variations on a theme of ‘exclusive humanism’.

"Taylor points towards something rather different from increasing
secularisation as the inevitable outcome of modernity."

But Taylor points towards something rather different from increasing secularisation as the inevitable outcome of modernity. Times are changing, not necessarily in straight lines, but nonetheless truly. He describes, for example, that strange feeling in contemporary culture that ‘with the eclipse of the transcendent, something may have been lost’. The dismissal of transcendence may appear to have brought a firmer centre of security, of ‘fullness’ framed within the immanent sphere of ‘exclusive humanism’. But it has also ushered in an uneasy sense of constraint — even imprisonment — that struggles to make ultimate sense of life, whether of the finality of death, or the ecstatic joy at the birth of a child, or simply the unexplainable but intense beauty of a sunlit landscape. The so-called ‘buffered self’ — so long the protecting armour of modernity — seems to be bleeding in fresh ways.

In my own experience, the ‘buffered’ or closed response to the possibility of the transcendent has certainly become less strident amongst people in Western cultures. Something important is missed, even if the language people use to describe this is still in embryo, lacking precision or integration. In many ways it is a new phenomenon. As Taylor puts it, it is not that our culture applauds materialism as the true answer to its needs, nor that it has spawned a recovery of an older idea of ‘religion’ as the answer to its yearnings. But it has opened up a space in which spiritual possibilities are not just on offer but are being openly pursued. As he puts it, ‘we are now living in a spiritual super-nova, a kind of galloping pluralism on the spiritual plane’. Secularity is not it seems the logical outworking of the earlier dismissal of transcendence. There are signs of a new awareness, even if the ‘pluralism’ of which Taylor speaks is held in a fragile way and is often fragmented, often beset by questions, doubts and experiments.

"There are signs of a new awareness, even if the ‘pluralism’ of which Taylor speaks is held in a fragile way and is often fragmented, often beset by questions, doubts and experiments."

"On the plus side, the encouragement is that it is palpably easier to open up conversations about the spiritual today than it has been for many years."

On the plus side, the encouragement is that it is palpably easier to open up conversations about the spiritual today than it has been for many years. I’m finding many new forms of this ‘soft middle’ between belief and unbelief that call out for attention, as well as prayerful engagement.

But it comes with two connected challenges. On the one hand, there are very few today who see the church as the answer to their spiritual search. Over the past twenty years or so I’ve taken students out on the streets to listen to what people say about these things. I’ve often asked people who clearly recognise the spiritual dimension in life where they might go to take their curiosity further. Answers here are usually undeveloped. Language often fails. But what is noticeable is that I hardly ever hear people say that they’d go to church.

Second, our evangelistic practices have sometimes contributed to this fragile and disconnected ‘mix’ by offering depersonalised pickings from the range of Christian beliefs. We can often construe Christian faith in disjointed ways, picking out facets of Christian truth which are disconnected from the person of Jesus and the promised possibility of relational wholeness. Here I think lies both the challenge and opportunity that Taylor’s work opens up. So why not step out and explore these voices? You don’t necessarily need to read his book, but you may well meet the people he describes. 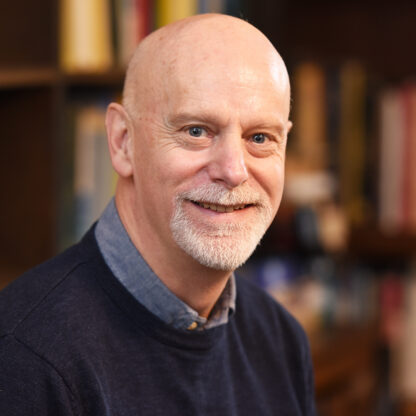