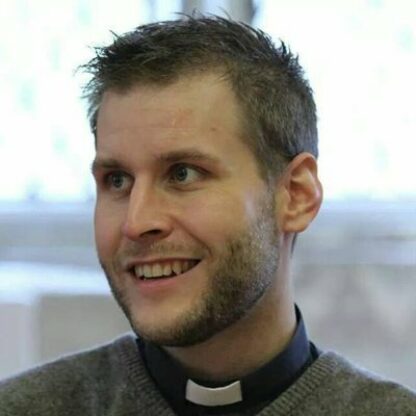 Anders Litzell is the Rector of an Anglican parish in Westville, KZN, South Africa.

In his role as Ridley Associate, he supports the Ridley Hall community through prayer and an annual visit to share about his ministry and research with the staff and students. Anders himself trained for ordination at Ridley, arriving here in 2010 from his home country of Sweden via London Diocese.

He returned to London Diocese for his curacy before becoming the founding Prior of a Religious Community. The Community of St Anselm, established under the Abbacy of the Archbishop of Canterbury, allowed young adults (20-35) from the whole world and from all branches of the Christian family tree to spend one year being shaped in the likeness of Christ by a shared life of prayer, study and service to the poor.

The life and ministry of the Community of St Anselm has won wide national and international acclaim as a model for wholehearted discipleship that engaged deeply with the issues of today, embracing the worldwide Body of Christ.

Anders was also the senior executive officer of the Charitable Incorporated Organisation of the same name that formed the legal framework for the Community.