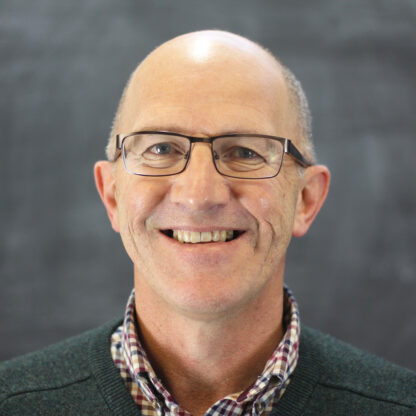 Graham Daniels became a Christian in 1983, at the age of 21. He has been an associate staff member at St Andrew the Great, Cambridge since 2000, the General Director of Christians in Sport since 2002, and a director of Cambridge United Football Club since 2013. Graham is married to Michelle, and they have three children and five grandchildren. His passion since becoming a Christian has been to reach the world of sport for Christ.

As a result, Graham's vocation has been a combination of Christian ministry and professional football. In the late 1970s and early 1980s, Graham played for Cardiff City whilst at school and subsequently studying for a degree in philosophy at Cardiff University. He left Wales in 1983 when he signed for Cambridge United, and it was during this period that he became a Christian. He stayed in his adopted city when he left full-time football to begin theological training, and completed his theology degree at the University of London in 1989, whilst playing locally for Cambridge City. When his playing days were over, Graham managed local clubs Histon and Cambridge City during the 1990s, and from 2000-2012 was involved in youth football development for the Cambridgeshire Football Association.

Graham returned to Cambridge United in 2013 as Chair of the club's Community Trust, and was Director of Football from 2018 to 2020. During this period, he completed his PhD thesis on ‘Identity Formation in Christian Professional Footballers’. Graham continues to be a member of the club’s board of directors, and remains as keen as ever to integrate the Christian gospel with the world of sport.