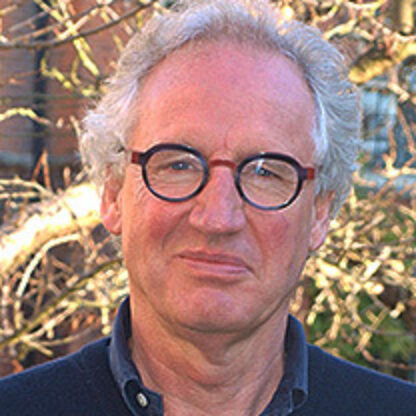 Born in Essex, Chris was raised in Ireland. Having trained in Marketing and Public Relations with Dunlop Holdings in London, he joined and later worked for Holy Trinity, Brompton, leaving in his mid-20s to study Biblical Studies at Sheffield University. Having graduated he moved to Cranmer Hall at Durham University for ordination training prior to being ordained in 1988 in Canterbury Cathedral.

After serving his curacy in Maidstone, Kent, he moved to St Aldate’s Oxford to be Chaplain to the Oxford Pastorate, where he also taught part time at Wycliffe Hall and served as an Acting Chaplain at Jesus College, prior to moving to St Mary Bredin, Canterbury to be vicar for eleven years.

Since 1995 he has been a member of the Anglican College of Evangelists, leading mission and teaching programmes in the UK and overseas while also being on the national and international leadership of New Wine.

Chris is married to Gwenaelle who is Vice President of Gilead, an American pharmaceutical company based in California. They have grown up children and live in Radwinter on the Essex/Suffolk border where Chris can pursue his interests in walking, reading, beekeeping, gardening and Tottenham Hotspur Football Club.

Chris' research interests cover subjects central to an understanding of 18th Century British Revivals, their story and legacy including the following: Understanding religious revivals: models and interpretations; Precursors and heritage: Puritanism, Pietism and Primitivism; Evangelical theologies; Revival in society, gender, enlightenment and popular culture and the impact of these revivals on the church today.

At the same time he has had a lifelong interest in the relationship between varied traditions of spiritual formation (scriptural, historical and contemporary) and aspects of Christian leadership both in the church and business he relishes the opportunity to explore how diverse resources and experiences can contribute to students’ development as disciples, ministers and leaders.

Roles in the wider church

Roles in the wider church

Return to full list of Who's Who
Next: Suzi Stock
Send feedback on this page