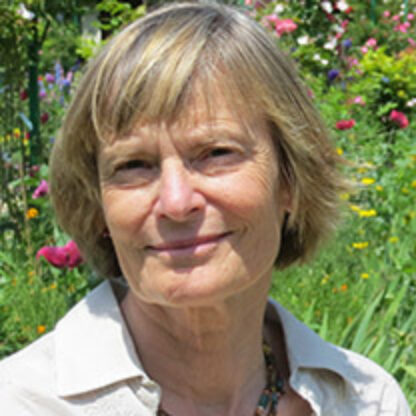 Jane came to Ridley Hall in 1996 as chaplain and tutor in prayer and remained there for 17 extremely happy years. Latterly she was also chaplain to the Simeon Centre for Prayer and the Spiritual Life. She is now delighted to be an Associate of Ridley Hall, holding the community and it's flourishing in her prayers.

Jane is married to Andrew, a retired water engineer, and they have three grown-up children. She grew up in Sheffield, where she also taught for a couple of years before studying theology in Durham and Bangalore.

She came to Cambridge in 1980 as the deaconess and Pastorate Chaplain at Holy Trinity church, and very gradually was ordained - first as deacon in 1987, and then as priest in 1994. With the exception of three years in Oman and Malaysia on account of Andrew's work, she has served in Ely diocese ever since.

Jane was a member of the Grove Spirituality Group for about 25 years and is one of the co-founders of the Cambridgeshire Course in Spiritual Direction.

She is currently the Bishop of Ely's officer for spirituality. She spends much of her time seeing people for spiritual direction, has a particular responsibility for the 9am congregation at St Barnabas Church and enjoys not having to do anything that she really doesn't want to do!