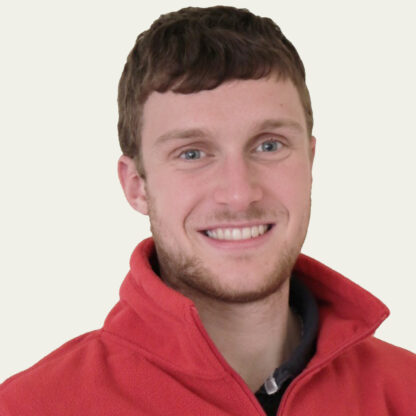 Rob works as part of the Ridley Lay Ministry (RLM) team, with a specific focus on the Sports Ministry track. He is passionate about seeing people discover Jesus and grow as disciples.

Rob's particular area of interest is exploring opportunities where the language and activity of sport (widely defined) may naturally connect with opportunities for people from all backgrounds to explore faith. Discovering what this can look like practically and equipping others for leadership in this have been core elements of Rob’s work since the beginning of 2017.

Rob always enjoys any opportunity to play a bit of sport and get some exercise. In terms of sporting ability he may best be described as a ‘jack of all trades, master of none’. There have been a couple of marathons, triathlons, and a university tennis ‘career’ that pad out the sporting resumé.

Additionally there is the achievement of finishing a school football season as the joint top goal scorer for the team. Unfortunately that was with one goal with the team scoring a total of three all year. Unsurprisingly, the team were relegated.

Rob studied Sport Education at the University of Gloucestershire before spending three years as a Sport and Community worker for a small charity in the Cotswolds. This work involved pioneering outreach work in a village that had previously been an RAF base. Rob witnessed at first hand the power sport can have in allowing community to form and providing opportunities for people to explore faith.

Local church emerged out of this outreach work, the result of many years of faithful prayers from Christians from the local area. During this time Rob studied for an MA in Sport and Christian outreach, having ample opportunities to practically apply the theories and principles studied at an academic level to the realities of day-to-day ministry on the ground.

Roles outside of Ridley

Roles outside of Ridley

Rob has remained in Gloucestershire since initially arriving for University. Following three years in the North Cotswold, he loved working as part of an offender rehabilitation service before beginning his current role as Sport and Faith Leader for Sportily, a network of sport and faith groups across Gloucestershire.

During this time he has been particularly focused on developing models of sports ministry that may be replicable across different areas but adaptable to specific contexts. Currently he is practically exploring what worshipping community looks and feels like for people who aren’t connected to established church. Another significant aspect of the role has been training and developing leaders to be Sports Ministers in different locations.

Return to full list of Who's Who
Next: Andrew Goddard
Send feedback on this page