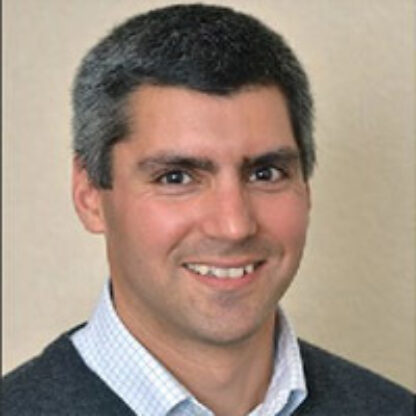 Andrew Dunlop is the Tutor in Context-Based Training at Ridley Hall and also oversees teaching for the pioneer ordinands and lay ministry students at Ridley. He is also Ridley's Safeguarding Officer.

Working with ordinands on the context-based training pathway, alongside a tutor from Westcott House, Andrew facilitates deep theological reflection on aspects of church placements for those who have chosen this training pathway.

Having pioneered a fresh expression of church in a new-build development for a previous role with Peterborough diocese, Andrew’s passion is for church planting and contextual ecclesiology, and in encouraging students to setup and engage with new forms of church.

Andrew is married to Sarah, also a tutor at Ridley, and they have two children.

Brought up in the North East of England, Andrew studied mathematics at Durham University before spending five years in the computer industry, first programming games and then, in a startup company in Oxford, creating software for the hardware industry.

After training for ordination in Oxford, Andrew moved to Plymouth to be curate in an evangelical city-centre and civic church. It was here that Andrew first gained experience of pioneering a new Christian community.

After curacy, Andrew spent five years as a pioneer working on a new-build development on the edge of Northampton creating community and growing a fresh expression of church.

In 2015, Andrew moved back to the North East to teach pioneering at Cranmer Hall, Durham, alongside leading a collaborative missional project amongst churches in deprived former mining communities.

Andrew is interested in new forms of church, fresh expressions, and pioneering. In Out of Nothing (London: SCM, 2018), Andrew investigated questions of ecclesiality concerning new churches, and suggested a theological foundation by which success can be measured.

His current research concerns the differences new forms of church can make to the missional and ecclesiological landscape in the UK in a mixed or blended economy.

He is currently studying for a PhD at the University of Roehampton with supervisor Dr Clare Watkins, looking at the changes in theology that come about both in the traditional and new form of church due to working together in the mixed-economy approach. Using the collaborative theological action research method (TAR) the research engages with those working on the ground and those in more strategic roles and highlights potential changes that could be put into practice in these and similar contexts. The benefit of the research then extends beyond the local to the district or diocesan level.

Return to full list of Who's Who
Next: Sarah Dunlop
Send feedback on this page