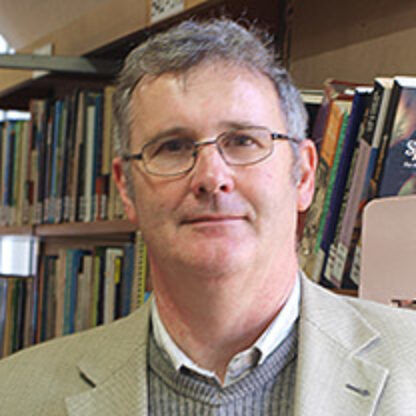 After completing a PhD on the music of Edward Elgar, Chris began his library career at Royal Holloway, University of London, where he was Library Services Manager, prior to moving to Suffolk in 2003 to become the Librarian, then the Director of Collections and Heritage, at the Britten-Pears Foundation.

Chris is married with two daughters, a son and a bichon fries, and spends most of his spare time helping with the children’s homework. During term time he can normally be found in the Library Office at Ridley on Mondays and Thursdays.