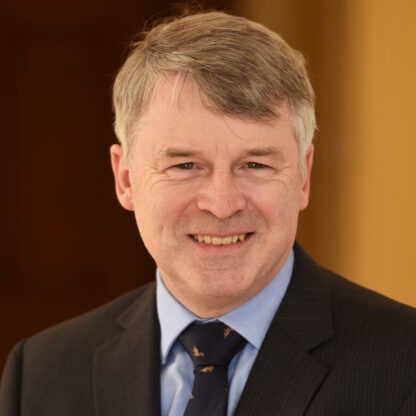 Andy joined the staff team at Ridley in October 2019.

Andy has oversight for all of the fundraising activity and engagement with alumni and friends of Ridley. At the heart of this role is relationship and engagement with the wider community of individuals, churches, and organizations who support the college.

Andy has worked in banking, consulting and insurance and more recently spent a number of years working in the University of Cambridge's Development and Alumni Relations office.

Andy and his wife Ruth live in Cambridge. Ruth is a teacher and is currently training for ordination. Andy's main hobby is writing, he has written a number of novels and biographies and supports other writers through his podcast The Creative Writer's Toolbelt.